Horizontal Resistance is a trend continuation Yard Chart pattern that is widely recognized in the current technical literature. It can be expected to take in any market up-reaction within a greater down trend. Horizontal resistance can also stand in the way of bull markets that come out of recent or less recent market trend reversals from the bottom.

Development of a Horizontal Resistance

In expectation of the resumption of the recent down-trend, a limited risk bear trade enters at the point when the market rises close to line A in picture B (point C in picture B). Such trade carries a limited risk because the market should not rise higher than line A, above which a stop loss order should be placed. The same trade presents a good risk/reward ratio because should the downtrend resume without breaking this resistance line, the cost of the stop-loss could potentially be covered many times over. Of course, all stocks do not always follow this behavior in all circumstances. In fact, horizontal lines are often intentionally tested by other traders looking to dislodge weak position holders.

Below are shown five real Horizontal Resistances recently called by Yard, which have successfully performed since the day of the sell alarm. In this case, success means that the market in the particular stock has declined a distance that is at least equal three times the entry point stop-loss differential without hitting the stop-loss level. Reference lines, segments and colors are shown exactly as they appear in Section Trading Alarms of YardCharts. 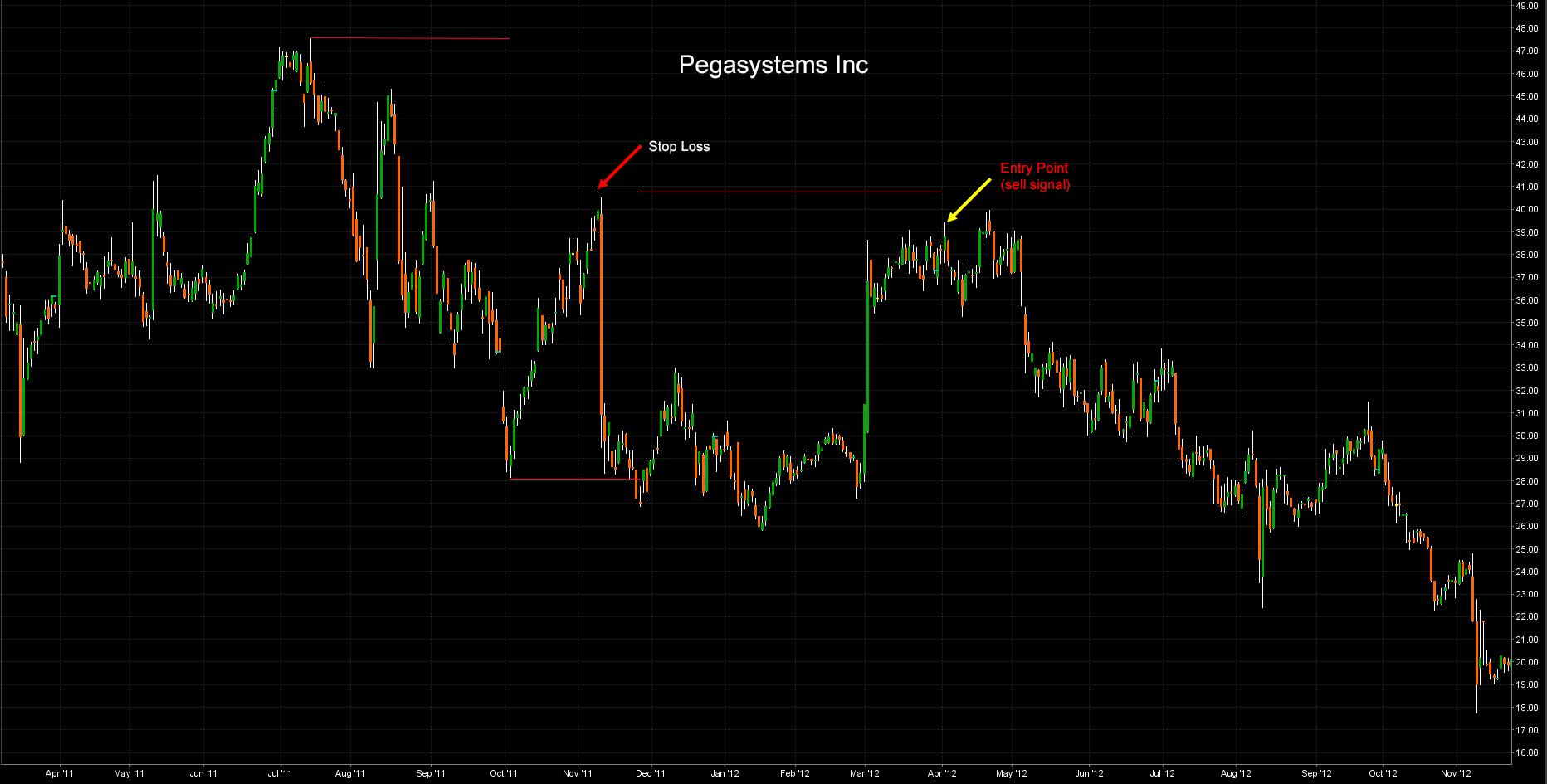 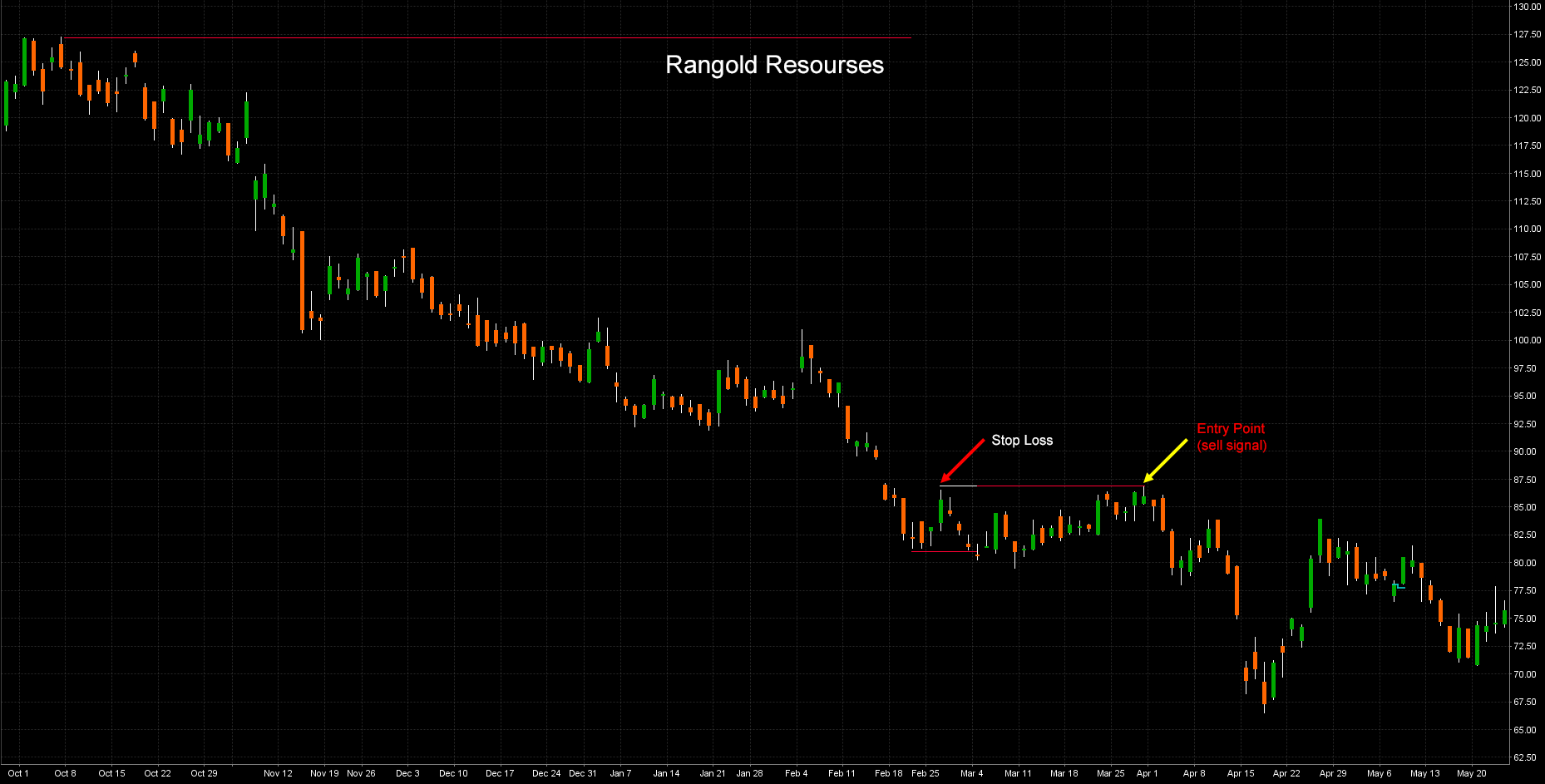 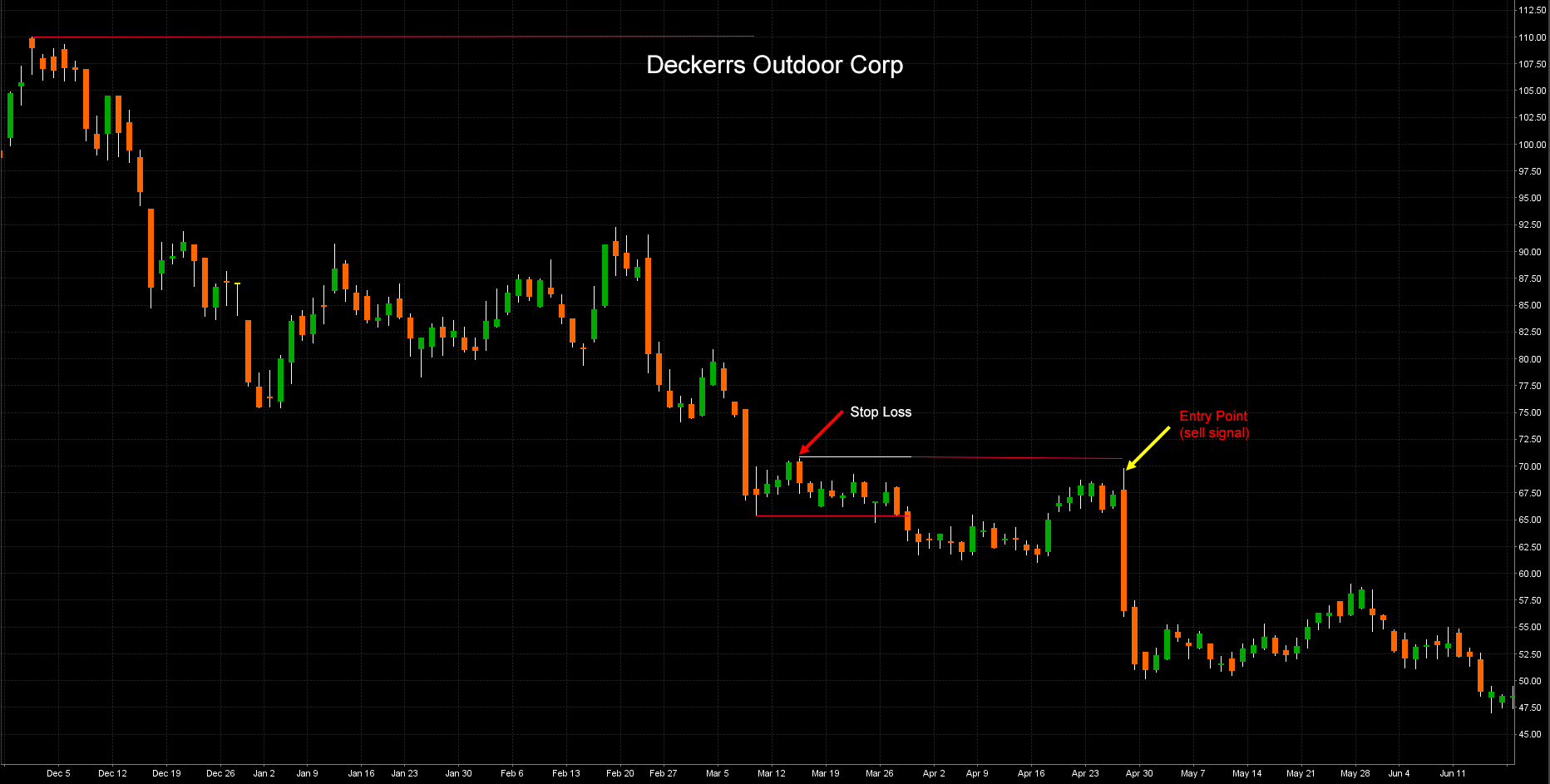 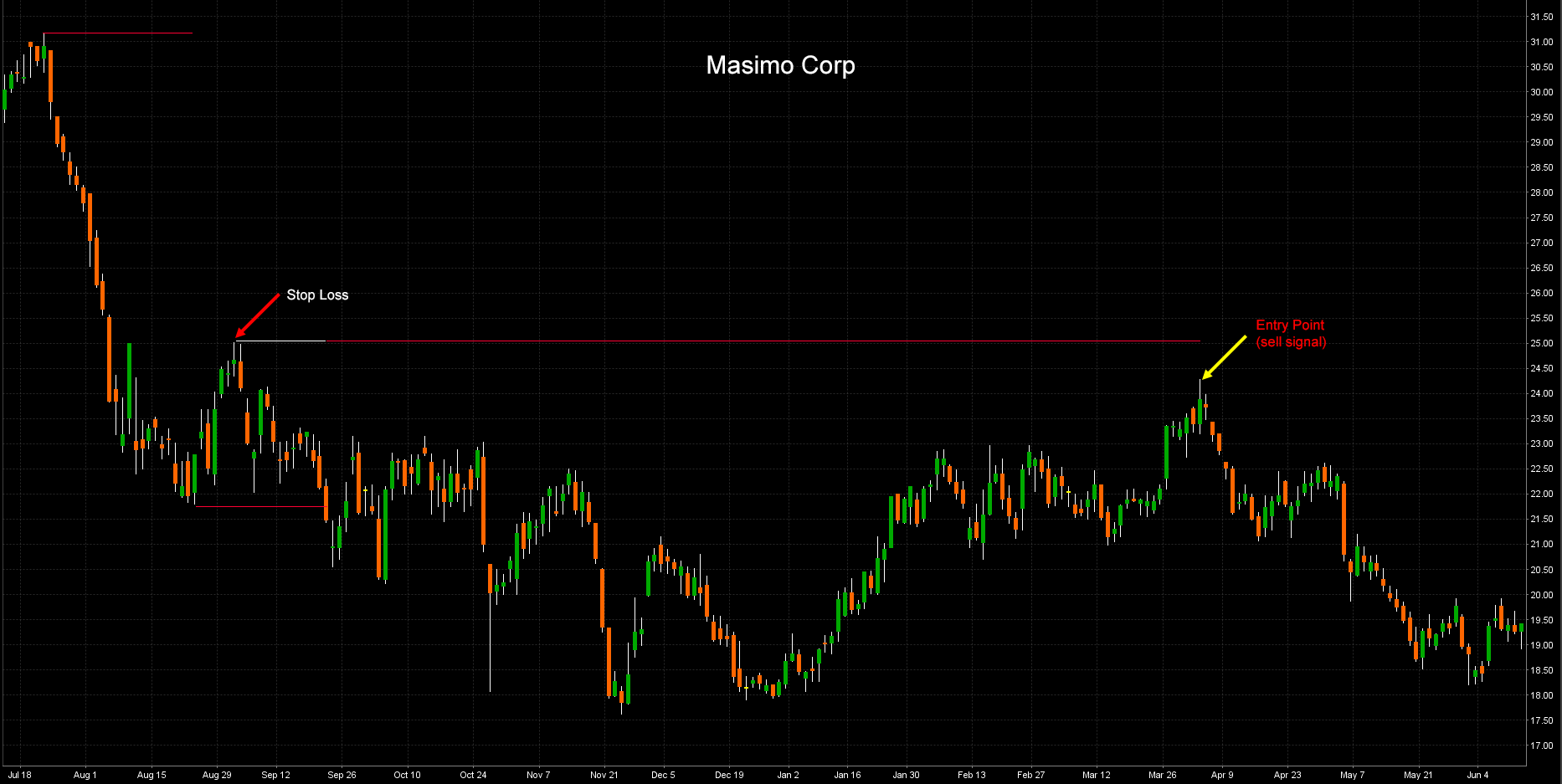 Experience Yard Charts features for free and get ready to use Yard Chart Plus. Check the stock market securities that Yard Chart suggested in the past!

The techincal analysis software decisive to understand the stock market trends. Through this automated charting tool, Yard Charts gives more insight and support to its clients.

Yard Charts plus is taught for private traders and institutions that are seeking an innovative technical tool to scan the stock market. A professional analitycal approach for more powerful and productive trading.

Thanks to this analytic tool, our clients can choose their desired alert and only pay for the stocks symbols that they want to see. Scan the stock market and get your alert!

This service is recommended for investors that possess high technical skills who would like to choose their desired alert and only pay for the stocks symbols that they want to see.

If you are not registered or for Yardcharts Free Trial

By clicking on the Register button I acknowledge that I have read, understood and agree to the Terms and Conditions, with included Disclaimer